HAPPY MARDI GRAS 2007!!!
"Mardi Gras/ Maudit Gras" Photo Series
The following are street photos of Mardi Gras, New Orleans, 1984!
They were exhibited in Montreal upon my return from New Orleans, where I'd spent 2 months photographing street scenes, including Mardi Gras celebrations.
NOTE: Some of the following may offend, for one reason or another! 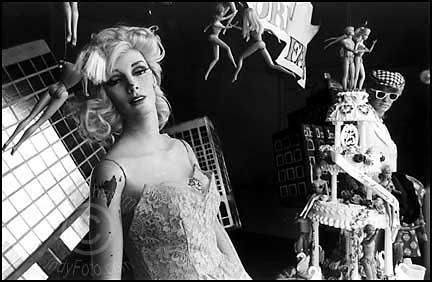 Barbie and Ken's 25th Anniversary- an art gallery window display.
One of the themes of that year's parades was "Barbie and Ken Go to the World Fair". 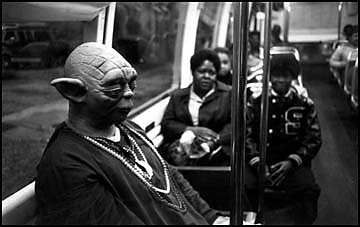 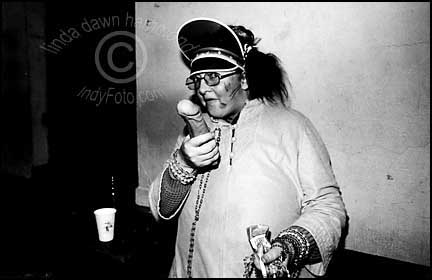 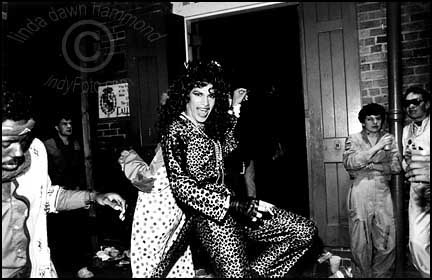 Partying near a corner plaque which signifies where slaves used to be auctioned off.
Mardi Gras night, French Quarter. 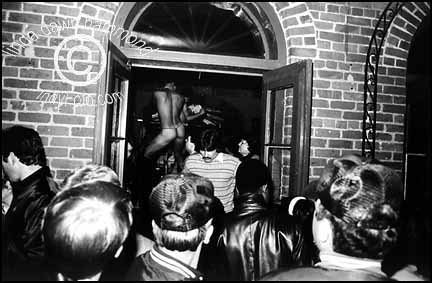 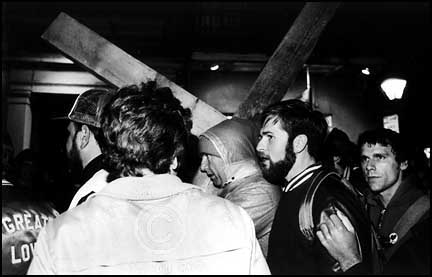 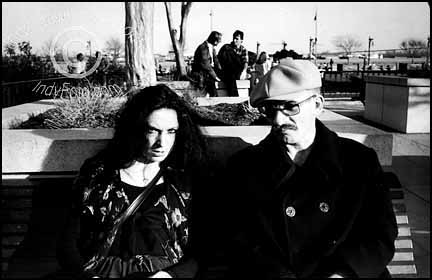 Woman in hairnet. Uptown, I believe. (sign reads) Render unto Satan "Caesar" that which is... render unto God the things that are Gods. Hand-colored B&W with Marshall's oils. 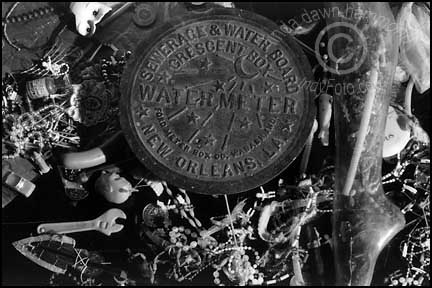 Assorted debris from New Orleans' gutters, collected in the aftermath of Mardi Gras night. I brought it home to be part of a window installation in my gallery exhibit, and borrowed the sewer grate from an antique store. I want to buy one like it- so If anyone knows where I can find another one like this, please email me! The photo is a studio shot, from a 4 by 5 negative. 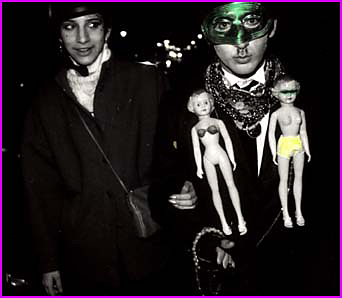 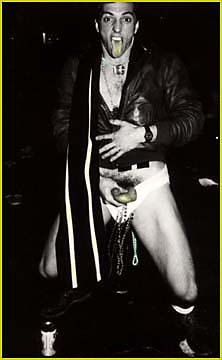 Back to Mardi Gras Contents Page!
"Adventures of the King Cake Baby" comic (made from earrings!) and King Cake recipe!

Comments can be emailed to: contact (insert AT symbol) dawnone.com