Montreal St.Patrick's Day
It's a different perspective, participating in the parade, as we only see what's in front of us! The best part about marching in the parade is that although we see little of the parade itself, we get to see ALL of the audience! The St.Pat's crowd are always great- very enthusiastic and often as colourful and entertaining as the floats and parade itself! My favourite section of the parade is the "Greyhound Rescue Society", but amazing dogs of all shapes and sizes abound!
2004 Parade Photos!
We marched with the Coalition for Peace in Ireland! 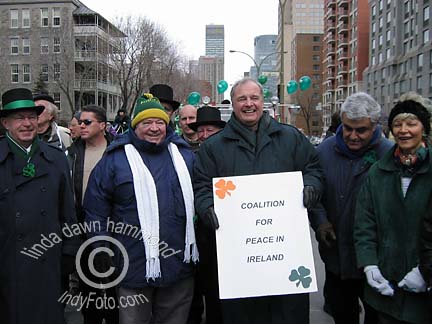 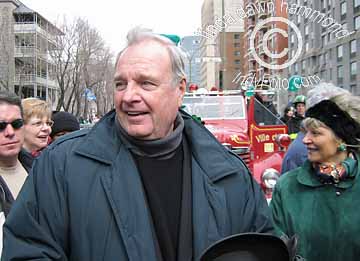 Prime minister Paul Martin at parade start.
He marched with a group from his Lasalle district parish. 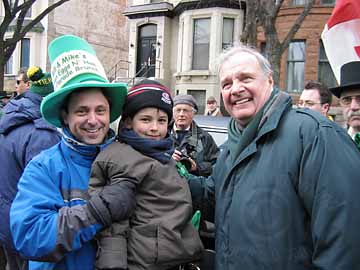 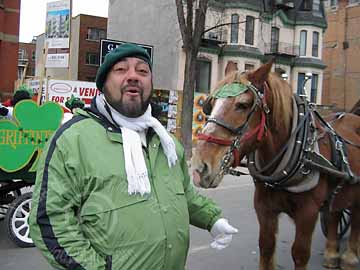 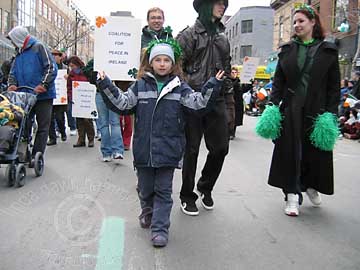 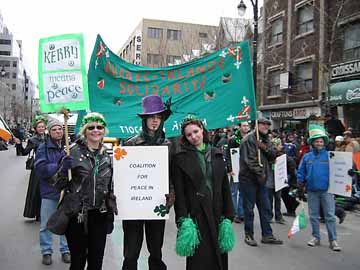 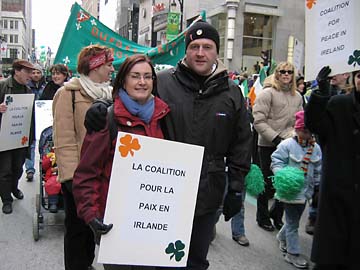 Ciara and Caoimhin, guests from Belfast! 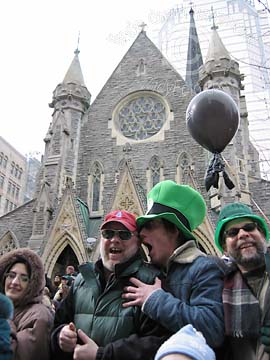 The spectators often vie with the parade for attention, and win! 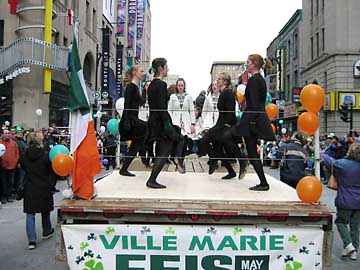 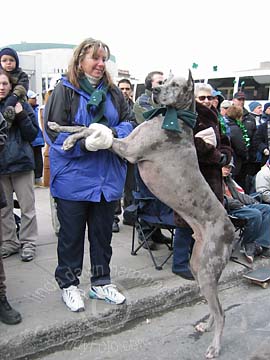 One of those remarkable St.Pat's dogs! 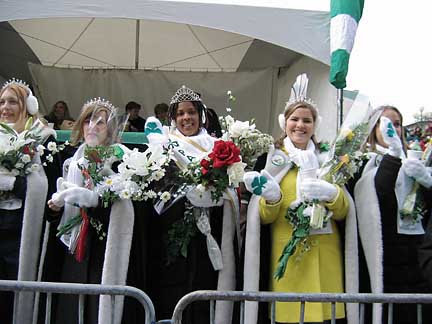 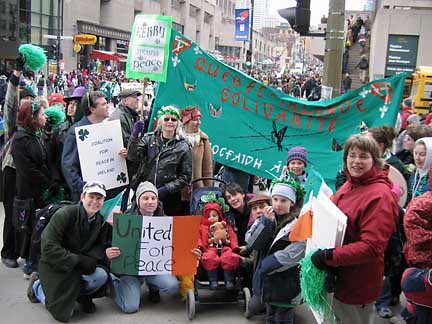 Comments can be emailed to: dawnone (insert AT symbol) hotmail.com